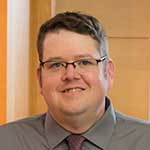 As a Registered Medical Assistant for the past 20 years, John Patnode-Bulloch provides care to patients every day. So when his own health was suffering due to a long-term weight challenge, he knew it was time to take action that, he believes, ultimately would save his life.

"In high school I played football and was on the wrestling team," he said. "I have always been a big guy but I was active. After high school my weight just got away from me. At my heaviest I weighed 427 pounds." John said he would lose weight then see it begin creeping back up. "I got to the point where I felt I was in a do or die situation if I didn't take significant action." 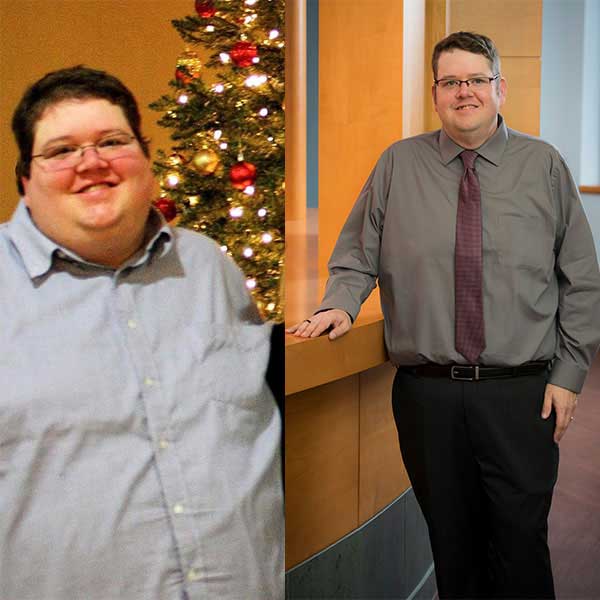 In his position with Capital Regional Medical Group and its affiliation with Capital Regional Medical Center, he was very familiar with the success patients were seeing from having bariatric surgery. "The Bariatric Center has helped so many patients achieve their weight loss goals and I was at a point where I was ready to move forward. Over the years I had spoken with my primary care physician but just wasn't quite ready." But obesity related issues like diabetes and sleep apnea began to take a toll and he decided it was time.

John reached out to Rohan Joseph, MD, a general surgeon and bariatric surgery specialist with Capital Regional Surgical Associates. "Dr. Joseph literally saved my life with this surgery." Dr. Joseph performed a sleeve gastrectomy. The sleeve surgery reduces the size of the stomach which reduces the amount of caloric intake needed to make an individual feel full. It has less potential side effects and complications, and better long-term results than other approaches.

Within six months of his surgery, John had lost 105 pounds. He's no longer using a C-PAP machine for sleep apnea, and he is no longer taking insulin for diabetes. "I was on multiple forms of insulin," he said. "My AIC was around 11 and is now at 6, which is in the normal range."

There are other quality of life improvements that are more subtle but just as important. "I no longer shop at the Big & Tall store. My wife and I went to Universal Studios and I actually was able to ride the rides! A few months ago that wouldn't have happened. My life is totally improved in so many ways," he said.

He's also quick to advise others who may benefit from bariatric surgery that it is not an easy fix. There is the obvious adjustment in diet, but there's a psychological change that needs support as well. "I go to counseling faithfully because it's still a struggle mentally. I still at times, see myself as that 427 pound man. All of the support and counseling provided at the Bariatric Center is important and valuable as you go through this process. It's a journey and requires work, but it's one of the best decisions of my life."